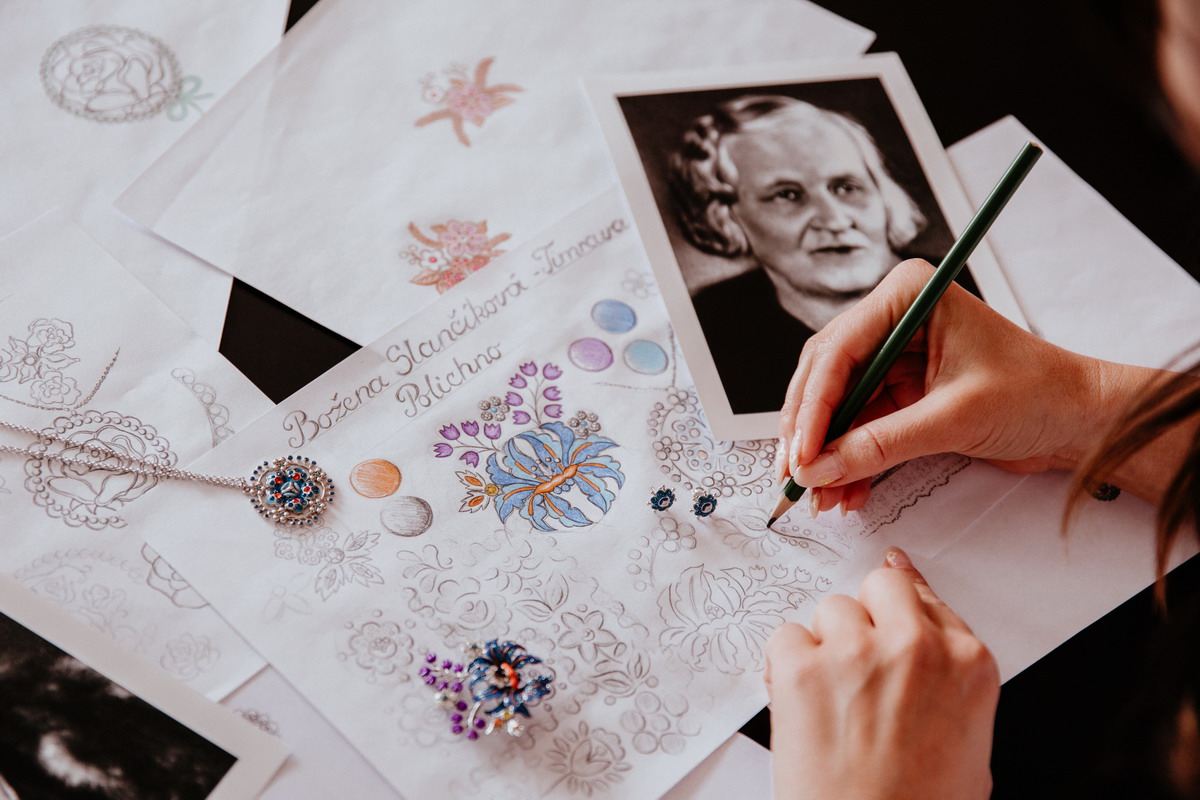 The collection was created out of
respect for leading Slovak female
writers and inspired by the eternity
of works of art they have written
and from which generations draw
to this day. May these unfading
flowers also commemorate their
infinite greatness and eternity. 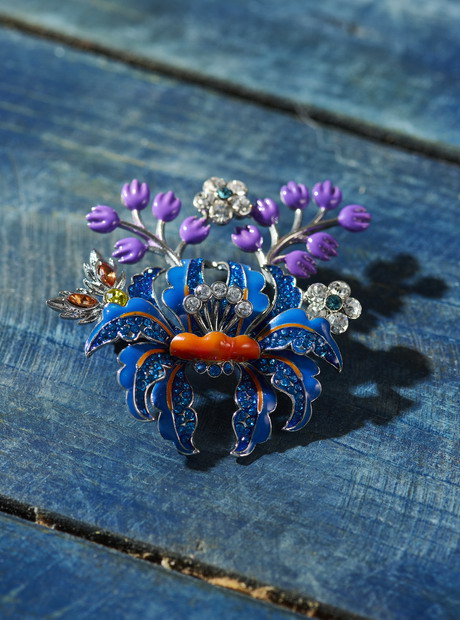 "As a person gets older, she understands things she could never understand as a child. One must mature for some artworks, ideas, or understandings of others' actions. But unfortunately, in adulthood, we don't have time to go back to what we were actually learning in school during our childhood. Every day passes by in a flash, the days repeat themselves, and we often do not have time to stop and take the time for the deep thoughts that could shape us. When you read with an adult mind the biographies of many female writers whose names and works you memorized in sweat, you suddenly realize, you suddenly understand. Suddenly you see glimpses of the excitement of your teacher, who passionately quoted passages from novels. Suddenly you understand her, and you know that if you have a teacher who loves their job, they will be able to teach children to empathize with the world of adults. They don't have to understand it primarily; they just need to know how to empathize with it. Because the sooner we learn to empathize with others, the sooner we will become selfish. And stories are the best way to empathize with other people. The better the story is written, the more people it touches. And the better teacher we have at school, who wakes up our excitement, the sooner these stories get to us."

That's why we felt the need to create something that would celebrate the creators of these stories and, at the same time, those who wear them. Because the more we move forward as a society, the more important the people who motivate us and enrich us with knowledge at the most fragile age will be.

We have created 3 small collections dedicated to our famous female writers, we have studied the patterns of folk costumes from their home villages, and the pictures of them, we, undoubtedly, had to take with 3 amazing teachers, which were recommended to us by you. 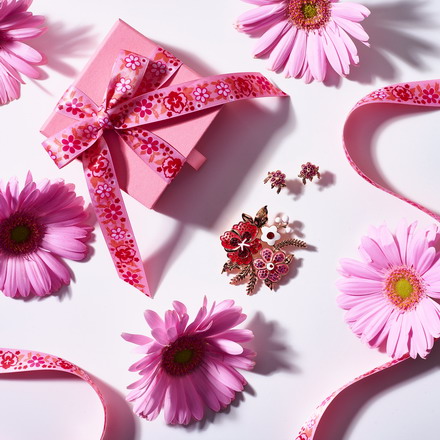 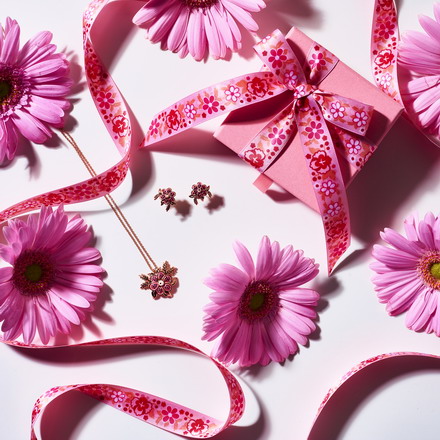 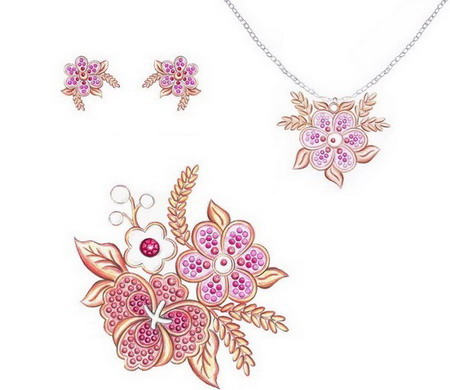 "The writing profession requires a portion an imagination, time, a good pen, paper, and at least a little legible writing." was humorously remarked by an author of short proses and extensive novels and even of the first female novel in Slovak literature " - Terézia Vansová

The jewelry "Flowers for Terézia Vansová" is inspired by a folk costume pattern from her home village - Zvolenská Slatina.

We photographed the jewelry collection on the teacher Šárka, who was sent to us as a tip by you.

"Šárka Šicková, who devotes her time to children above and beyond working hours. She teaches at the 5th primary school in Trenčín. She is kind, selfless, funny, and skillful; she also teaches children creative activities in her free time, so I believe also a new jeweler will grow under her hands. She also volunteers, cooks, and distributes food to the homeless. She is the right role model for future generations and has the most beautiful smile to present your jewelry." 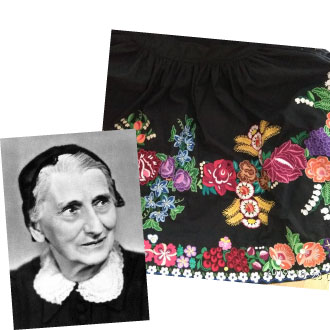 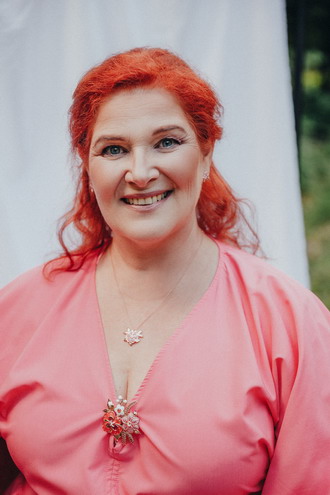 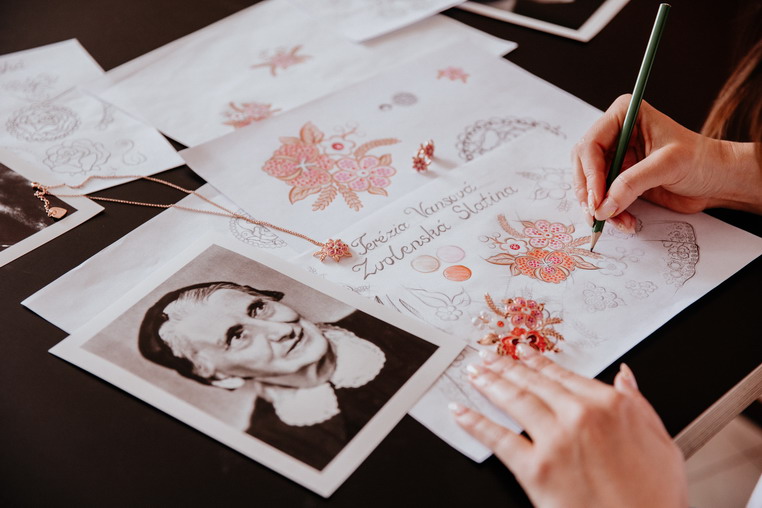 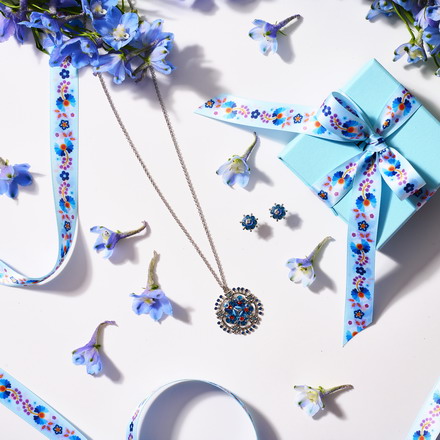 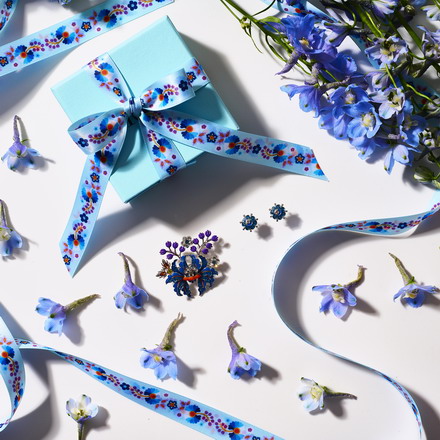 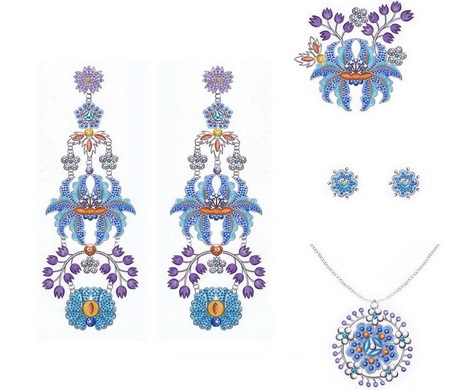 "Viera has never married; endearment she had dreamt of too came. The love was vicious like a storm, horrible like a flood, destructive like a fire. It took the roses from her cheeks, the smoothness of her forehead, the youthfulness of her figure - because it was for an unworthy. The whirlwind stopped, the storm subsided, the fire went out, and now Viera writes fairy tales and - she serves the nation. ”In the autobiographical short story Everything for the Nation, Božena Slančíková-Timrava appears as Viera.

The jewelry "Flowers for Boženu Slančíkovú-Timravu" is inspired by a folk costume pattern from her home village - Polichno.

We photographed the jewelry collection on the teacher Lucia, who was sent to us as a tip by you.

„Lucia Bašistová - Dostojevského Elementary School, Poprad. She treats everyone with love as if they were her children. She still works on herself, takes courses, makes tools for children, tries to motivate them to love the knowledge, not memorizing. She makes no difference, always looks for the best in a child and supports them so they can grow and improve in what they do best. The children adore her and still create something from their hearts to make her happy. 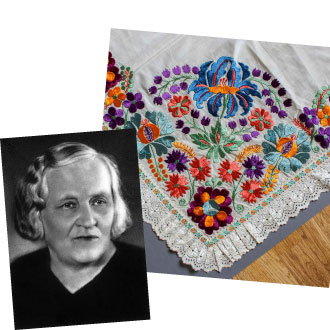 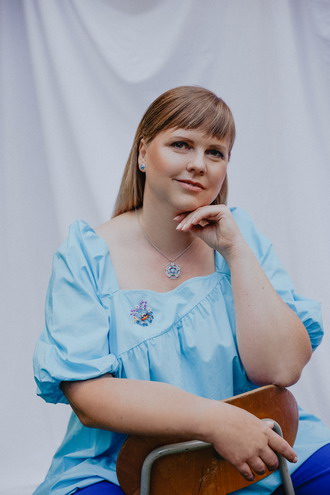 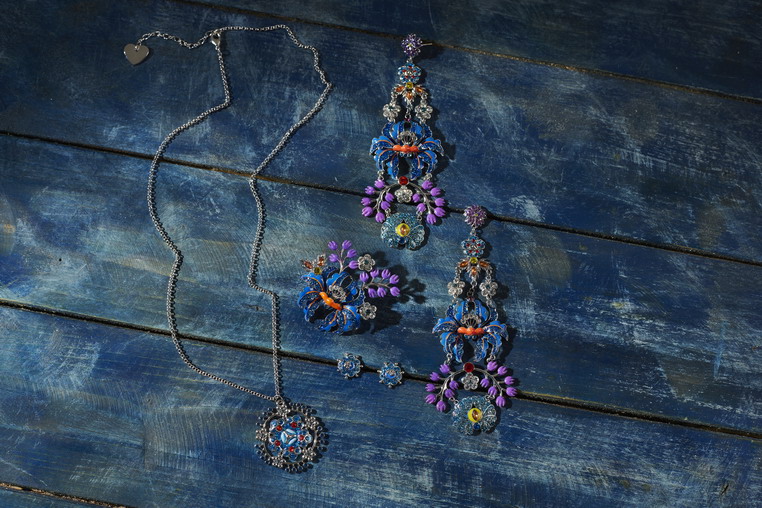 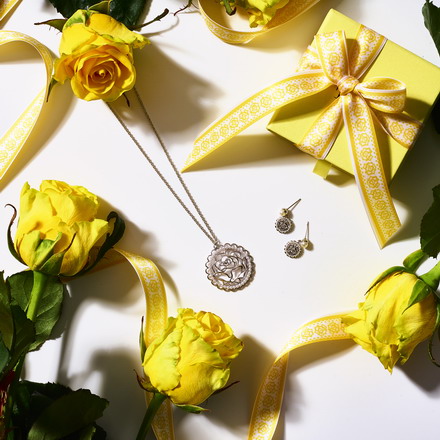 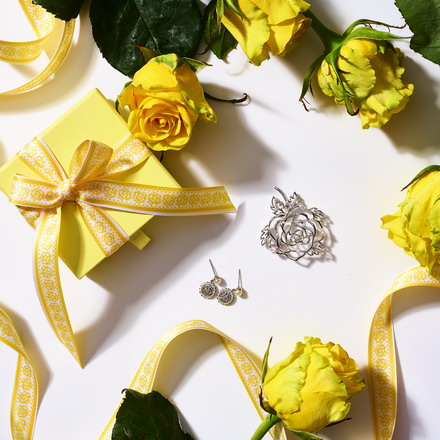 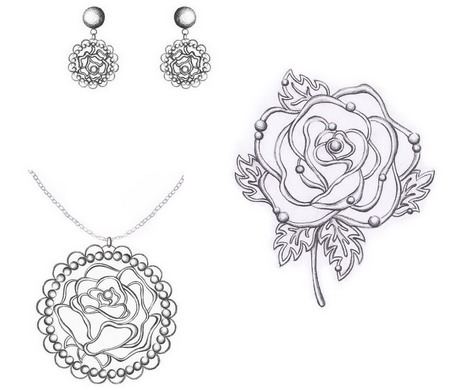 "A modest smile is the most beautiful natural decoration of a human face." Writer Ľudmila Podjavorinská

We will complete the modest smile with beautiful jewelry, "Flowers for Ľudmila Podjavorinská" inspired by a folk costume from her home village Bzince pod Javorinou.

We photographed the jewelry collection on the teacher Mária, who was sent to us as a tip by you.

"Ms. teacher Mária Pavlovičová. An amazing woman, loving hands, leads children to folk culture with customs, and music, plays the accordion, sews folk costumes for children, and teaches them dances. She bakes cakes; she is their second mom while their own are at work and the children at school. Ms. teacher Mária Pavlovičová is amazing, she has been leading our children for 4 years, and we will cry our eyes out when she doesn't have them next year anymore. She is incredible; she has a great interest in children and leads them far beyond compulsory education. She deserves all the awards." 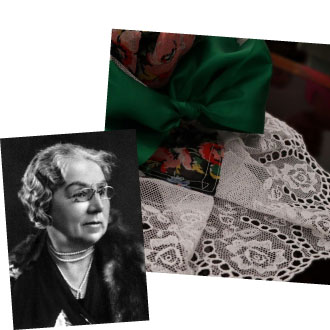 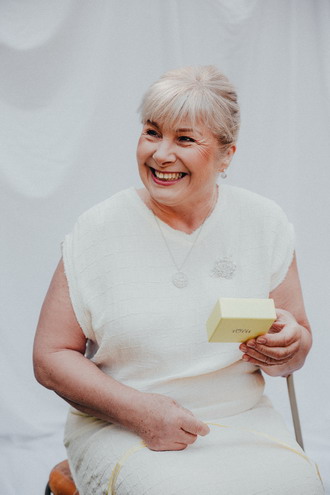 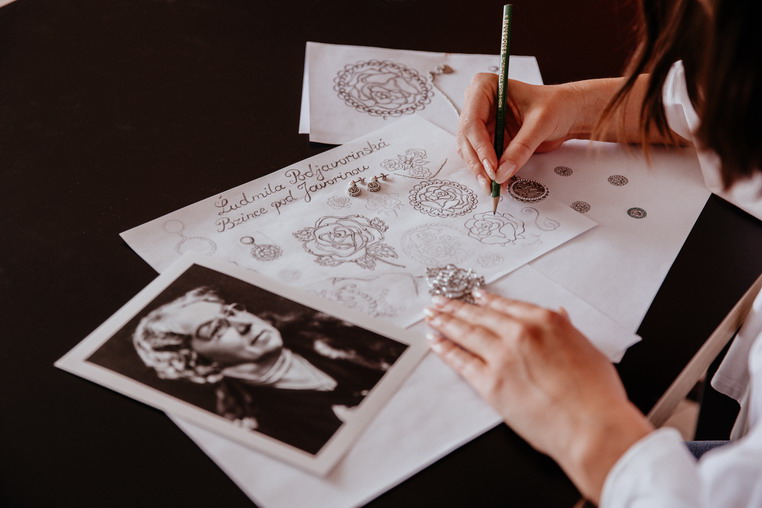